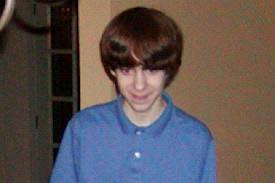 Adam Lanza: Search your memory for a young man who is less masculine in appearance than Adam Lanza... Take your time... Now mentally transport yourself back to that wonderful, carefree decade between about age 12 or 13 when puberty really begins to rear its ugly head and about age 22 or 23 when most people who attend college have either graduated or dropped out. Search your memory for those least masculine males one finds in every middle school, high school, and college in America. Remember those guys? How were they treated by their peers? Living inside a physically unimpressive body, lacking social skills, and being an Asperger's sufferer is a miserable existence for any young male in America's steroid obsessed culture, but it doesn't increase the probability of becoming a mass murderer. It only makes you a more attractive target for community sanctioned abuse...and that increases the probability of becoming a mass murderer.

With that in mind, the fact that Adam Lanza was both homicidal and suicidal doesn't surprise me. He was highly intelligent and no doubt knew he would spend the rest of his lonely, disfunctional days playing video games in his mother's basement. What I have no explanation for is Adam Lanza's choice of targets. Twenty year old men who are enraged by the cruelty and ostracism they experienced usually think of the high school or college they attended, not the place where they learned to finger paint. It's possible that he was so timid, so robbed of self confidence that he just couldn't bring himself to attack anything larger. The fact that he killed six adults tends to undermine this argument, except that he killed six unarmed women. And he obviously had a low opinion of women. He shot his own mother in the head while she slept. It's also possible that he obsessed over some long forgotten incident that occured while he was an elementary school student, but that's kind of a stretch as well. Unless some as yet unrevealed fact is reported, we'll probably never know why he chose to attack 6 and 7 year olds. For anyone genuinely interested in preventing similar tragedies, it really isn't important anyway.

The Legislators: What's more important than the killer's choice of targets is the manner in which everyone is reacting. Right now even the most conservative defenders of the Second Amendment are falling all over each other in an effort to ingratiate themselves with registered voters. Over the next few weeks every elected official in America will be blathering ad nauseum about the need for "common sense" gun control. They'll be shamelessly whoring themselves for media coverage with loud, aggressive denouncements of scary, menacing looking, military style "assault weapons". I heard several of them blathering away on NPR this morning.

In truth, none of them give a rat's ass about your child's life. If they did, America would have a single payer health insurance system that covers every American citizen, or at least every American citizen under the age of 18 regardless of who their parents are or how much money they have. Instead, legislators who are now pandering to hysterical voters by ghoulishly feeding off the recently deceased chose to pander to the self interest of the health insurance industry when healthcare was the headline issue. They're so full of donkey squirts I can smell them upwind.

The Search for Scapegoats: Right now, Adam Lanza's computer is being closely examined in a feverish search for publicly acceptable scapegoats. Any website he visited; any person he conversed with in a chatroom; any motorist who drove by his home while he was surfing the web will be considered suspect. Right now the public wants to blame someone...anyone, as long as they can steer clear of The Problem.

The Conclusion" This is going to continue happening for the simplest of reasons. No one with the power to address The Problem is remotely interested in doing so. It's a national embarrassment but certainly no secret that the vast majority of these guys were victims of chronic, community sanctioned bullying. The quickest way to defuse the next one is to convince him that America is switching sides. The bullies will now be punished severely and the victims will no longer be shamelessly blamed for the criminal behavior of others. I doubt this will happen of course. America's love affair with large, violent sociopaths is a hard habit to break.

Perhaps that will change after the next massacre...or the next...or perhaps the next after that. I've been doing this so long I begin to wonder.