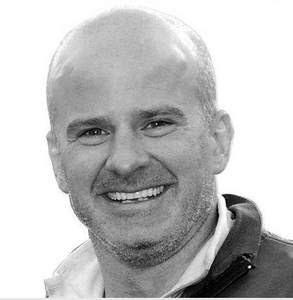 Aspen Times columnist Todd Hartley must really enjoy reading about school massacres. As I emphasized in my post about Adam Lanza, the sort of men who spray bullets into crowded rooms have often spent their entire lives being humiliated, intimidated, and made to feel utterly alone and powerless by that darling of the American Family, the charming sociopath with the Mitt Romney smile. For many of them, and almost certainly for Adam Lanza, staging a massacre was the first time in their lives they didn't feel powerless. And what better way for a guy with a small penis to feel powerful than to deprive the public of any opportunity to take revenge after committing an act purposely designed to horrify and enrage as many people as possible? Why does Todd Hartley want to publicly humiliate such men? I don't know. You'll have to ask him.

No one can predict the exact time and place of the next massacre, but there are many more Adam Lanza's in the pipeline, just waiting for someone to provide that last little reminder that they'll spend the rest of their lives alone, celibate, and friendless. And Todd Hartley is really trying to piss them off. I wonder why. Will Todd Hartley's man sized penis become engorged at the sight of more dead children? Will he get his secret hard on?

Perhaps if all 535 throbbing members of Congress manage to perform a miracle by turning all scary looking firearms into dust, Todd "I'm With Stupid" Hartley can come up with a plan to prevent someone with a small penis from metaphorically thrusting a stolen fuel truck through the wall of a high school cafeteria. Wouldn't that be spectacular...conflagrating...media worthy? Look Ma. No assault weapon.

I'm trying to place Todd Hartley into one of the groups of bully enablers I described in this post. I'm open to suggestions. Just leave a comment. And when we've figured that out there'll only be one more question.

What will Todd Hartley say to the next group of parents who have to bury their children?